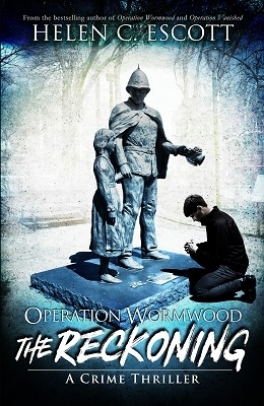 Sgt. Nicholas Myra is back with a vengeance, and he is out for blood. Years of investigating horrific crimes have become too much, and Myra’s PTSD is intense and out of control. He can’t unsee the images that race through his dreams. Now as he investigates the biggest case of his career, he is in a constant state of fight-or-flight.

The hunt continues for a serial killer who is targeting the most heinous of criminals, making them die a slow, painful death. Sgt. Myra partners with Dr. Luke Gillespie in a hunt for a killer targeting criminals who everyone wants dead. On the day of reckoning, everyone is called to account for their actions. Award-winning author Helen C. Escott, a former civilian member of the Royal Canadian Mounted Police, offers an exciting new voice in crime fiction and conducts a thorough investigation into why evil against the most vulnerable goes unpunished.

“Yet another action-packed crime thriller from Helen C. Escott! Not since the Book of Revelation itself has so much theology, intrigue, and suspense been poured into one book.” — Rev. Robert Cooke, Rector, Parish of St. Mark’s Anglican Church, St. John’s

“A reckoning with a vengeance! Operation Wormwood: The Reckoning is a roller coaster ride with many twists and turns. It holds you from the start and forces you to sit until you turn the last page.” — R. A. “Bob” Morgan, Sgt. Ret. Royal Newfoundland Constabulary

Operation Wormwood: The Reckoning is the sequel that readers will love to hate! It's raw emotion is palpable and shocking yet will leave you hopeful in knowing that there are good people in the world fighting for humanity and justice. Hats off to Helen C. Escott on the conclusion to this crime thriller!-- Stephanie Collins - Fireside Collections --

Fans will be pleased...-- Joan Sullivan - The Telegram --

I don’t think it is too much of a stretch to say that Helen C. Escott is Newfoundland’s premier crime-thriller author. Her novels such as Operation Vanished (2019, Flanker Press) and now the two Operation Wormwood books will cement her career as such. I highly recommend the reading of the two books in order, so if you haven’t read Operation Wormwood already, then you should do so before reading The Reckoning. Both books are well-written and contain enough plot lines to keep the reader thoroughly engaged. I know I was! Well done, Ms. Escott!-- James Fisher - Miramichi Reader -- 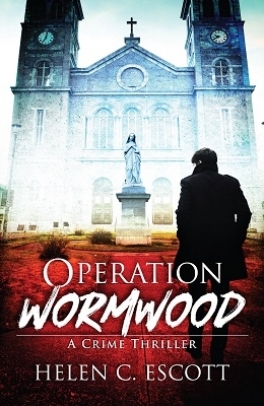 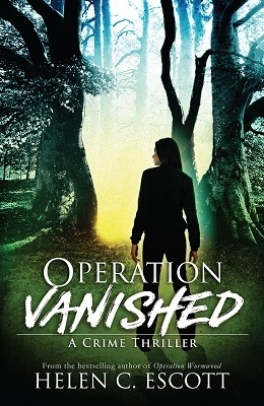